We've been working a lot on visuals in this release. We've added cell-shading, to get a more cartoony style.

As you can see, we've also changed our board space design to a hexagonal shape and new textures that fit our cartoony theme.

But visuals are not the only thing that's coming in this release. We've got a new minigame called Memory. This is a 2v2 minigame where you and your partner need to find matching card pairs. The team that finds the most of them wins. 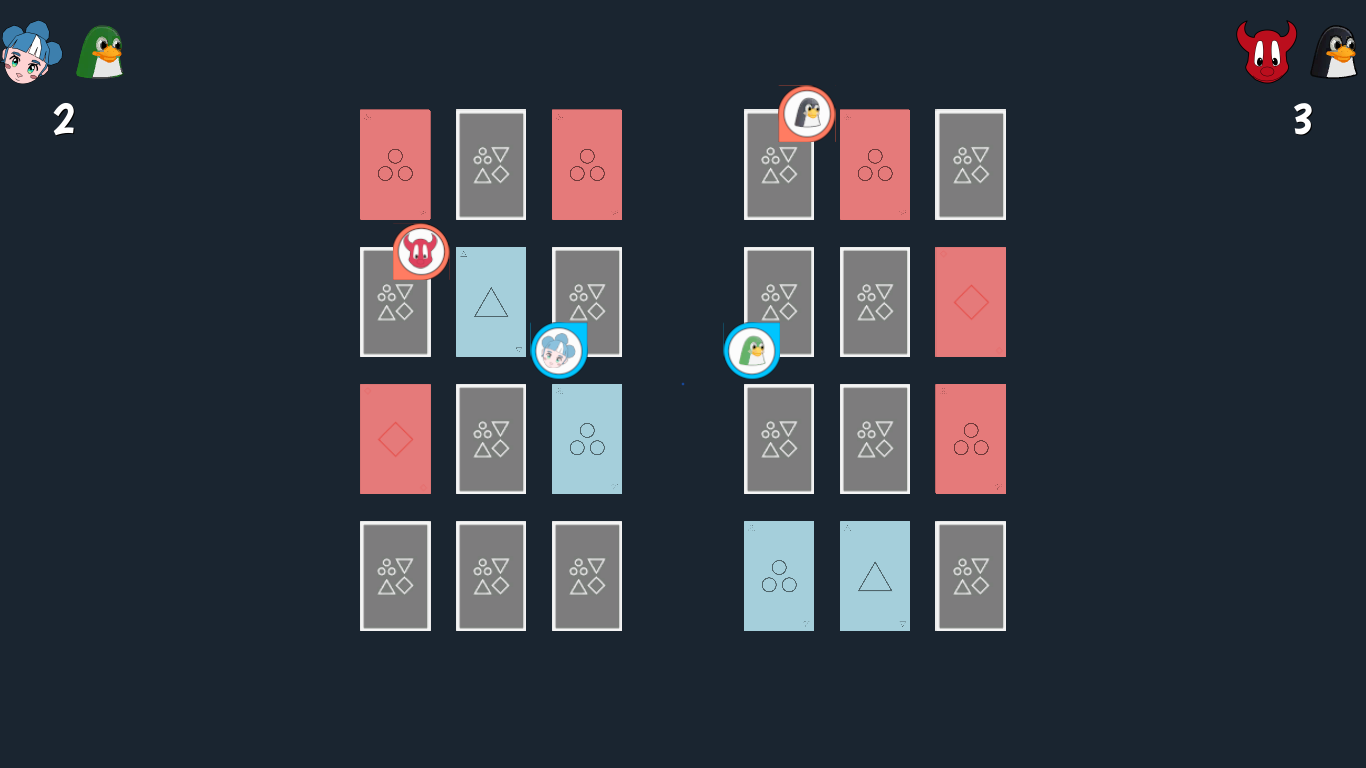 We've recruited a host for the boards. 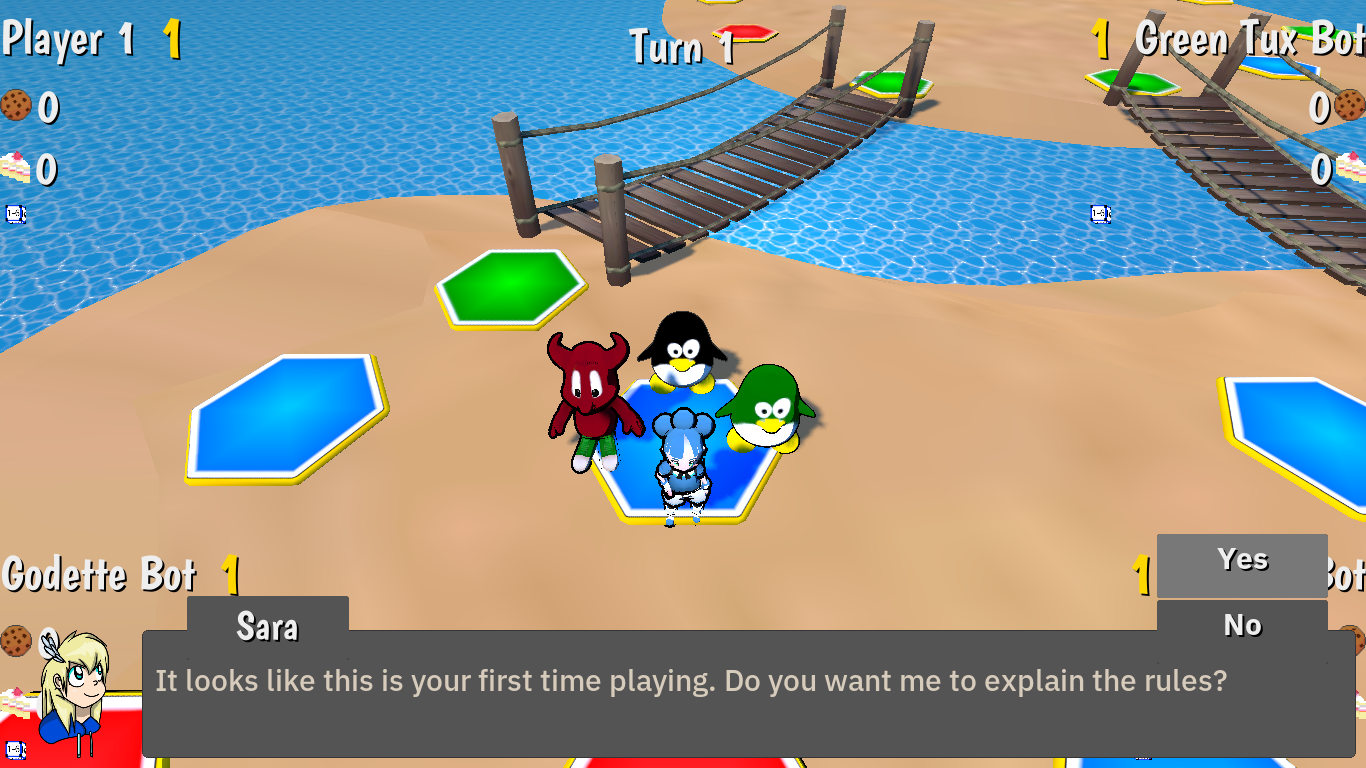 She will be happy to show you around the board and explain the rules if you're not already familiar with them.

At last I want to thank our kind translators. Thanks to their effort, we've got translations for three new languages: Norwegian Bokmål, Russian and Turkish 🎉

If you want to see Super Tux Party translated to your language, then lend us a hand on Hosted Weblate

That's it for now.
See you next release!